This is a longer Twitter thread, which I’ve tidied up slightly and reformatted as a continuous text. END_OF_DOCUMENT_TOKEN_TO_BE_REPLACED

More of the same, and some more women too, and bonus birdsong. END_OF_DOCUMENT_TOKEN_TO_BE_REPLACED

Spring is in the air! Occitanism has been spreading this year, and one reason has been blogging by the British Library. END_OF_DOCUMENT_TOKEN_TO_BE_REPLACED

Tweets and twitter threads continuing the Great Mission of Continuation for Medieval Occitan poetry and poeticity; not necessarily conversion, albeit a transformation. It’s a state of mind and of being, it’s a culture and ethos, as much as it is a language. (The sixth of these Twitter compilations provides a more coherent version of that idea, as a single piece of continuous writing.) END_OF_DOCUMENT_TOKEN_TO_BE_REPLACED

These are just screenshots of tweets and threads in chronological order. Some running themes become apparent, aside from my variations on heavy-handed proselytising and clumsy attempts to bring the joys of Medieval Occitan poetry to other and wider audiences. END_OF_DOCUMENT_TOKEN_TO_BE_REPLACED

Welcome to the first of the “context” posts. Some of them (like the next six) will be a collection and collage of my attempts to talk about Old Occitan literature and literary culture elsewhere; but, like here, in public and intended for anyone. I also write about matters Occitan, Medieval, and Medievalist, amongst other things, on my main blog; some of that is also versions of longer publications.

I’ll start with some background information that’s not by me but from Wikipedia, as it is free and open and a good starting-point for contextualising Enimia:

An elegant introduction to Occitan, written for an open audience, can be found in Frances Freeman Paden and William D. Paden’s Troubadour Poems from the South of France (Cambridge: Boydell & Brewer, 2007). Here are some excepts (pp. 1-2, 3, 6-7, 8-9): 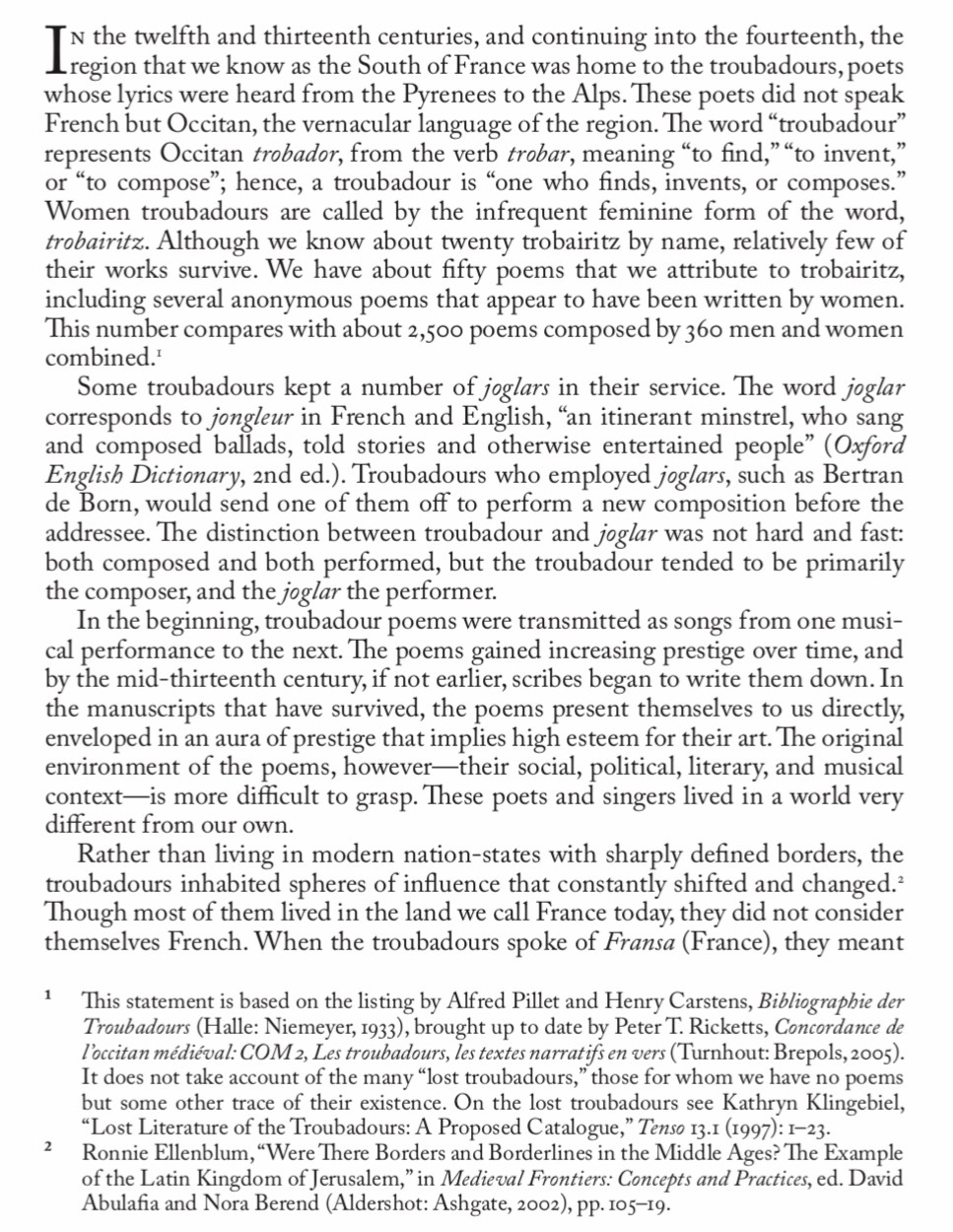 This site also has a selective bibliography to provide free open fully accessible resources for further adventures in Old Occitan: manuscripts, transcriptions and editions, language (dictionaries and grammar), criticism, literary history, historical and cultural studies, and some classic introductory books (in many libraries and available through inter-library loan).

The next group of “context” posts are Twitter public writing on, around, and about Old Occitan. Twitter is a place, and tweets are a form of writing, that encourage an openness that’s also careful and considerate of your audience (it should be anyway, and often is), compassionate, and creates and maintains communities. The fixed short form of a tweet concentrates its content, which is communicatively good and poetically enriching. But the ability to continue tweets into a thread—recollecting poetic composition organised in groups of lines and in stanzas—and for it to be a conversation, as well as being shared with and read by others, has the potential to go further, to turn twittering into collective work, including all manner of research collaborations. For example: #MedievalTwitter.

I’ll add notes on translation choices and on any work in progress that has left a temporary multiple-choice translation or a conundrum in the “paratext” area. Any other commentary specifically on Enimia will be there too. 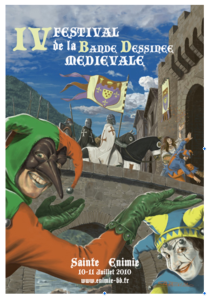